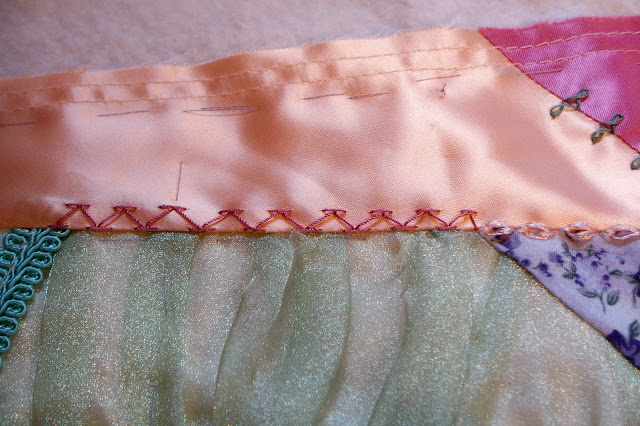 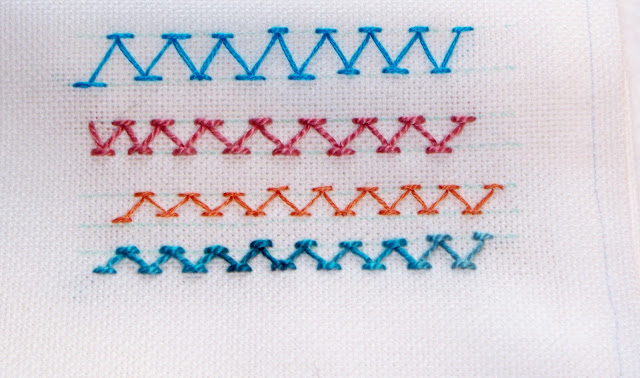 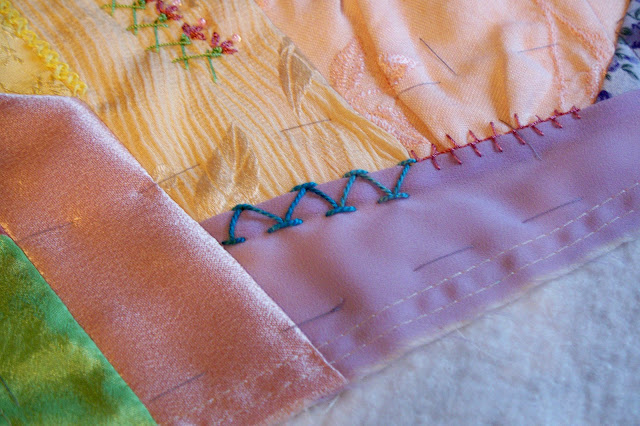 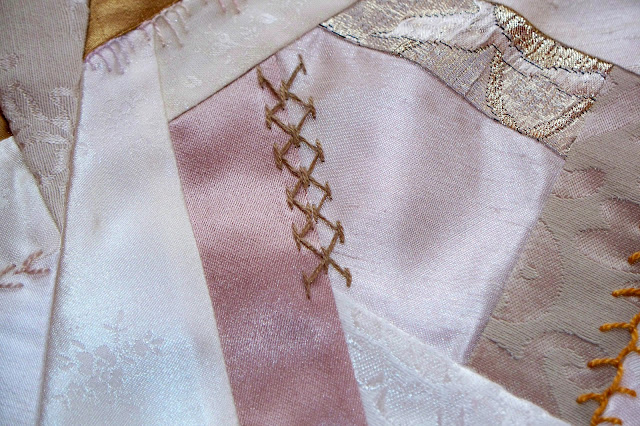 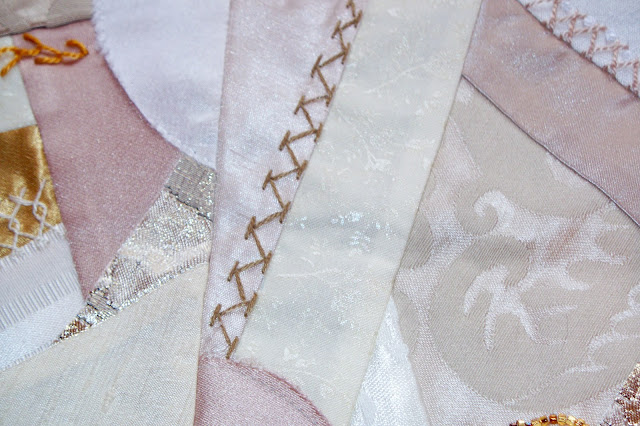 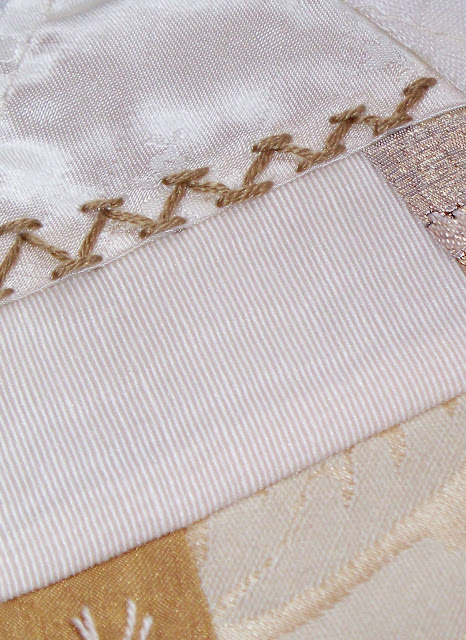 I'm late posting this week's TAST stitch because it took me the better part of the week to master the chevron. I realize now why I've never been able to produce this stitch successfully--the directions weren't clear for my left hand. I usually swear by Montano's Stitch Tool, but in this case a better articulation of the steps for a left hander were produced by Stanton. When I realized what I was doing wrong, it became simple. However, because I've been doing it wrong for a while now, it will take some doing to get it to become automatic. You wouldn't believe how many stitches I tore out and how often I had to correct where the thread was (over or under). Nevertheless, I think I might now use this stitch on a more regular basis. Once again, thanks to Sharon Boggons of Pin Tangle for this great challenge. Be sure to check out all the other stitchers from around the world who are participating.
Posted by Arlene Delloro at 1:02 PM