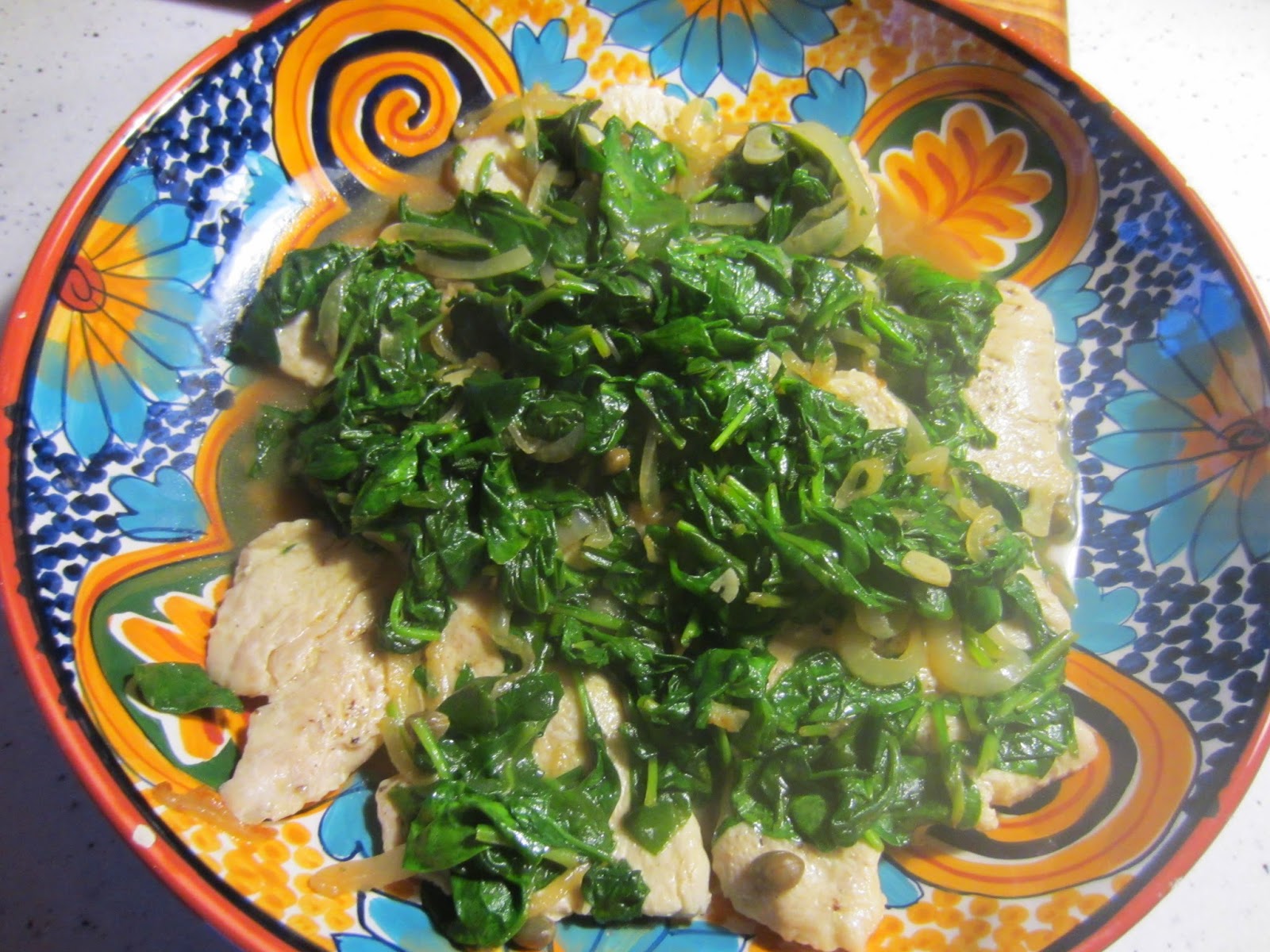 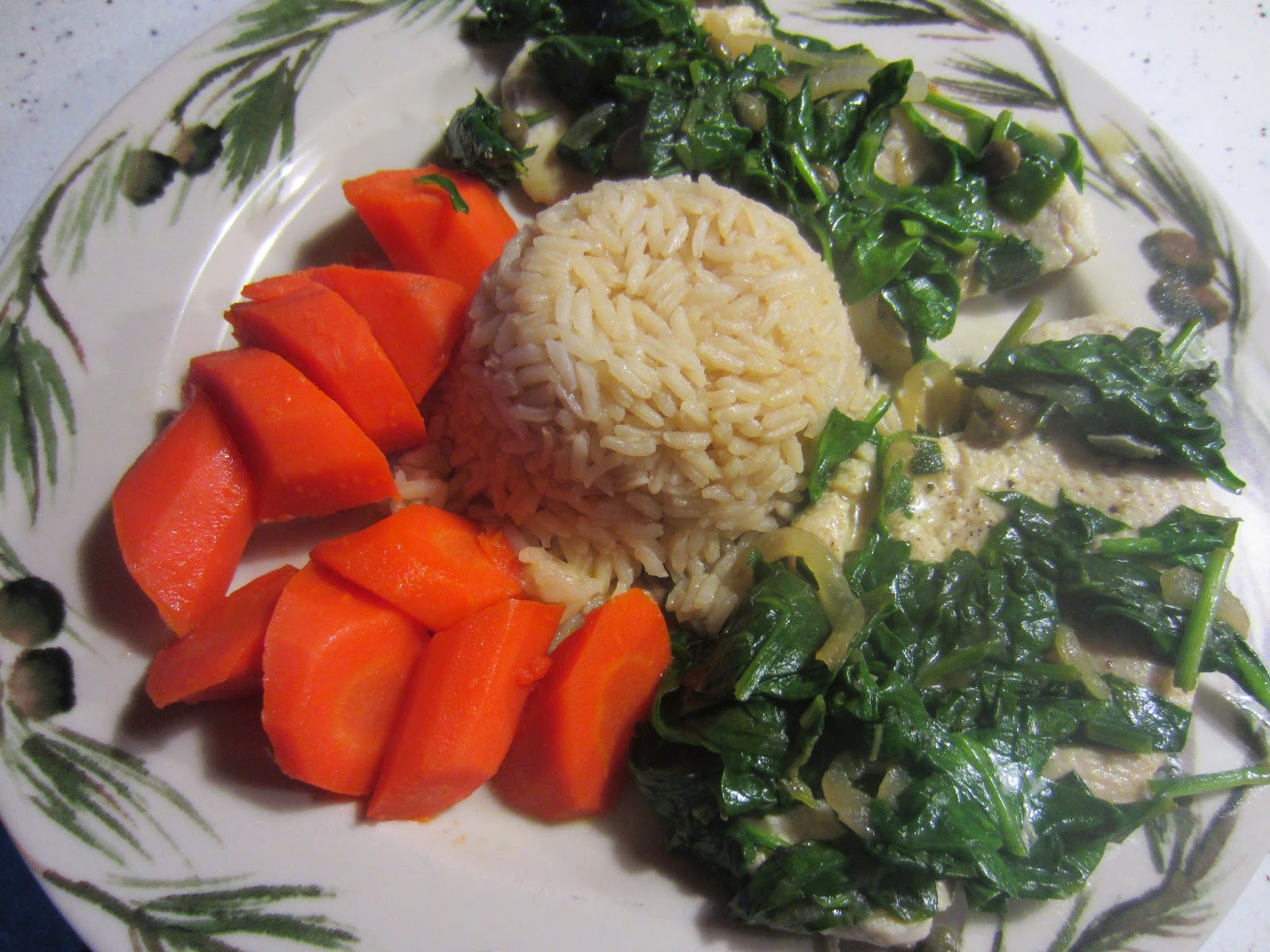 Chicken is my protein of choice for weeknight meals, but I occasionally branch out and use turkey or pork cutlets. Turkey cutlets cook very quickly and, if you buy them in the supermarket, they are generally more uniform in terms of size and shape than chicken or pork.

This dinner looks like something you would be served in a restaurant, but if you do your mise en place, it comes together in minutes. 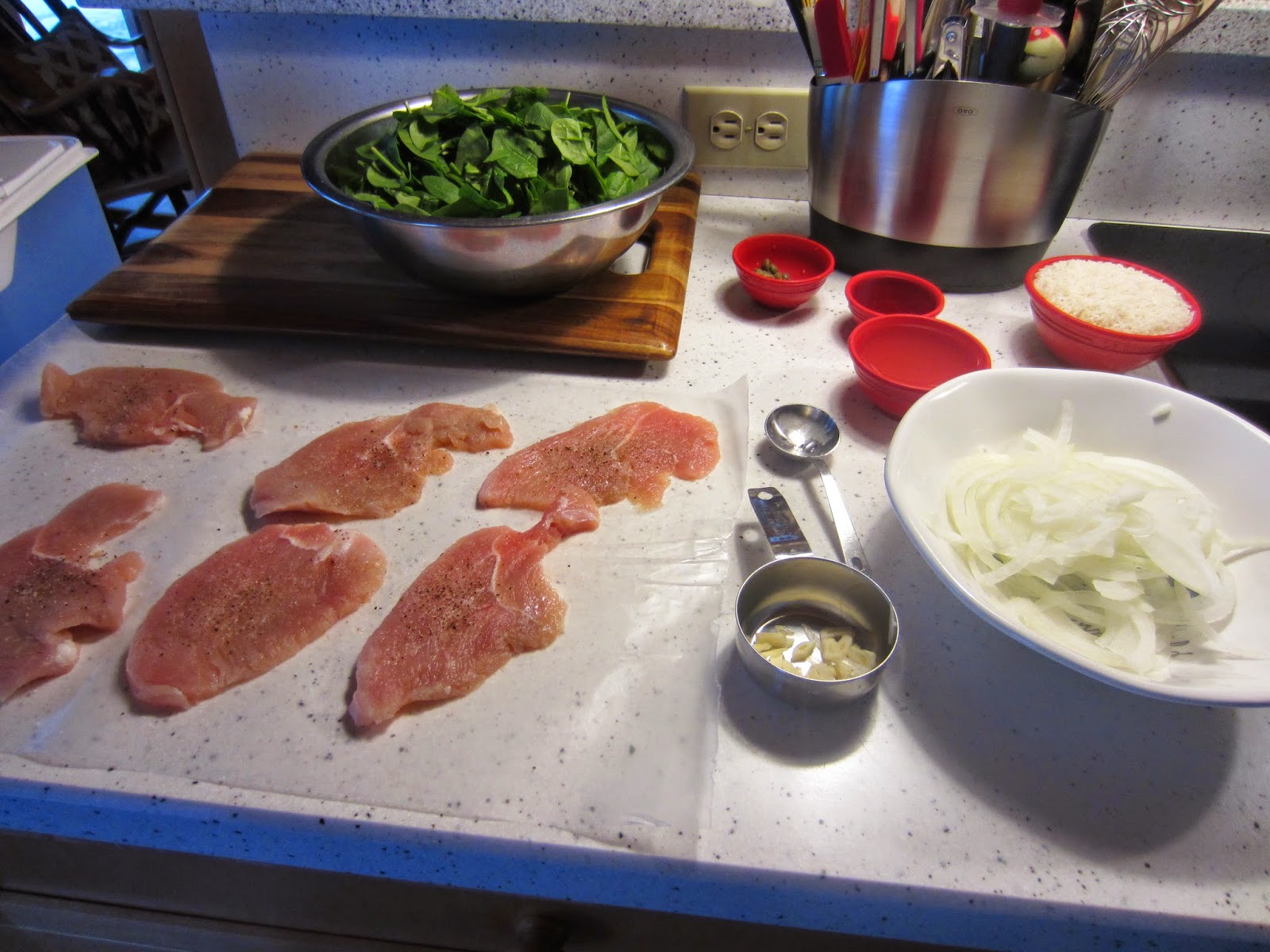 Season the turkey cutlets with salt and pepper to taste. In a large skillet, heat 2 tsp olive oil over high heat. When the oil is just smoking, add half the cutlets and cook until golden brown on one side, about 2 minutes. Flip the turkey and cook until golden on the other side, less than a minute. Transfer to a plate and repeat with the remaining cutlets. Cover plate loosely with foil to keep cutlets warm.

Reduce the heat to medium and add the butter to the skillet. When it has melted, add the onion and cook, stirring, until it is browned and softened, about 8 minutes. Add the garlic and cook for about 1 minutes. Then add the sherry and cook for 1 minute more. Pour in the broth and bring to a boil. Add the capers, sage, and spinach and stir until the spinach is beginning to wilt, about 2 minutes.

Return the turkey cutlets and any accumulated juices to the skillet, cover, and cook for 1 minute, to heat through.

Arrange the turkey cutlets on a platter and pour the spinach, onions, and sauce over the top. Serve immediately.

N.I.  283 calories, 42 g prot, 9 g fat, 1 g fiber, 6 g carb
*********************************************
TASTE NOTES
I have to be honest, I wish I'd used chicken cutlets. That's just my preference. I find the texture and taste of chicken more pleasing than that of turkey. That said, the spinach-onion-sauce that topped the cutlets made the entire dish. That tablespoon of capers added just the right amount of acidity. I was tempted to add some flour to thicken the sauce and would probably do so next time. With some glazed carrots and rice, dinner was served in short order and had tons of flavor given the short list of ingredients. Definitely a keeper.
Posted by Arlene Delloro at 7:00 AM No comments: 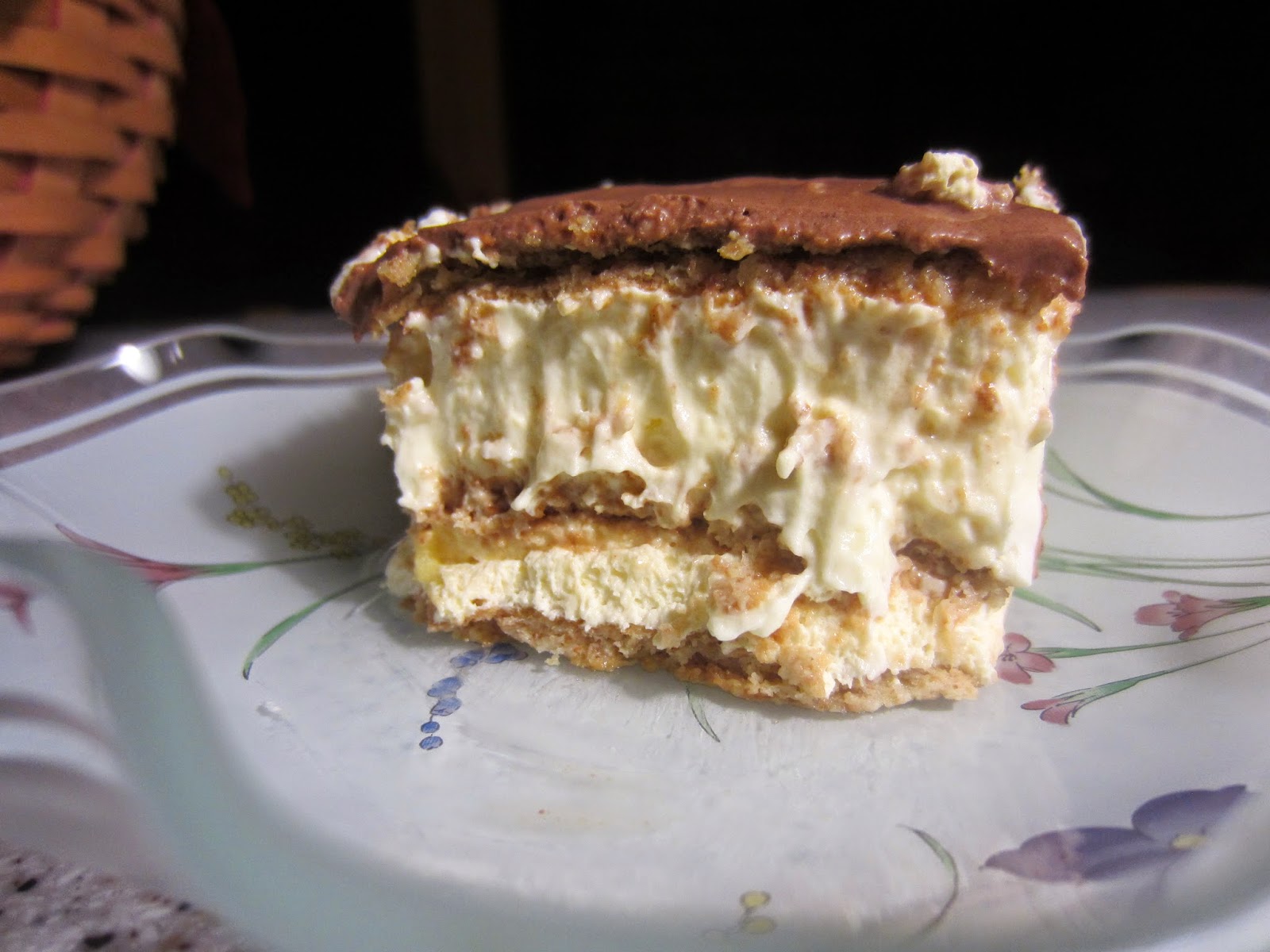 My mom made us ice box cakes on a regular basis. Hers included graham crackers, chocolate pudding, and then whipped cream topping. I still make them, only now I use fat free, sugar free products to reduce the calories. So when I needed a quick dessert that wasn't too calorie-laden, I remembered a twist on the old icebox cake that I'd had at a friend's house quite a few years ago. I decided it was time to resurrect this luscious dessert.

Coat a 9 X 13 inch baking dish with butter-flavored nonstick spray. Combine 3 cups milk, pudding mix, and cream cheese in the bowl of a standing mixer and beat at low speed for 1 minute or until thick. Fold in whipped topping.

Spread the chocolate glaze over the graham crackers. Cover dessert, tenting with foil, and chill for at least 4 hours. 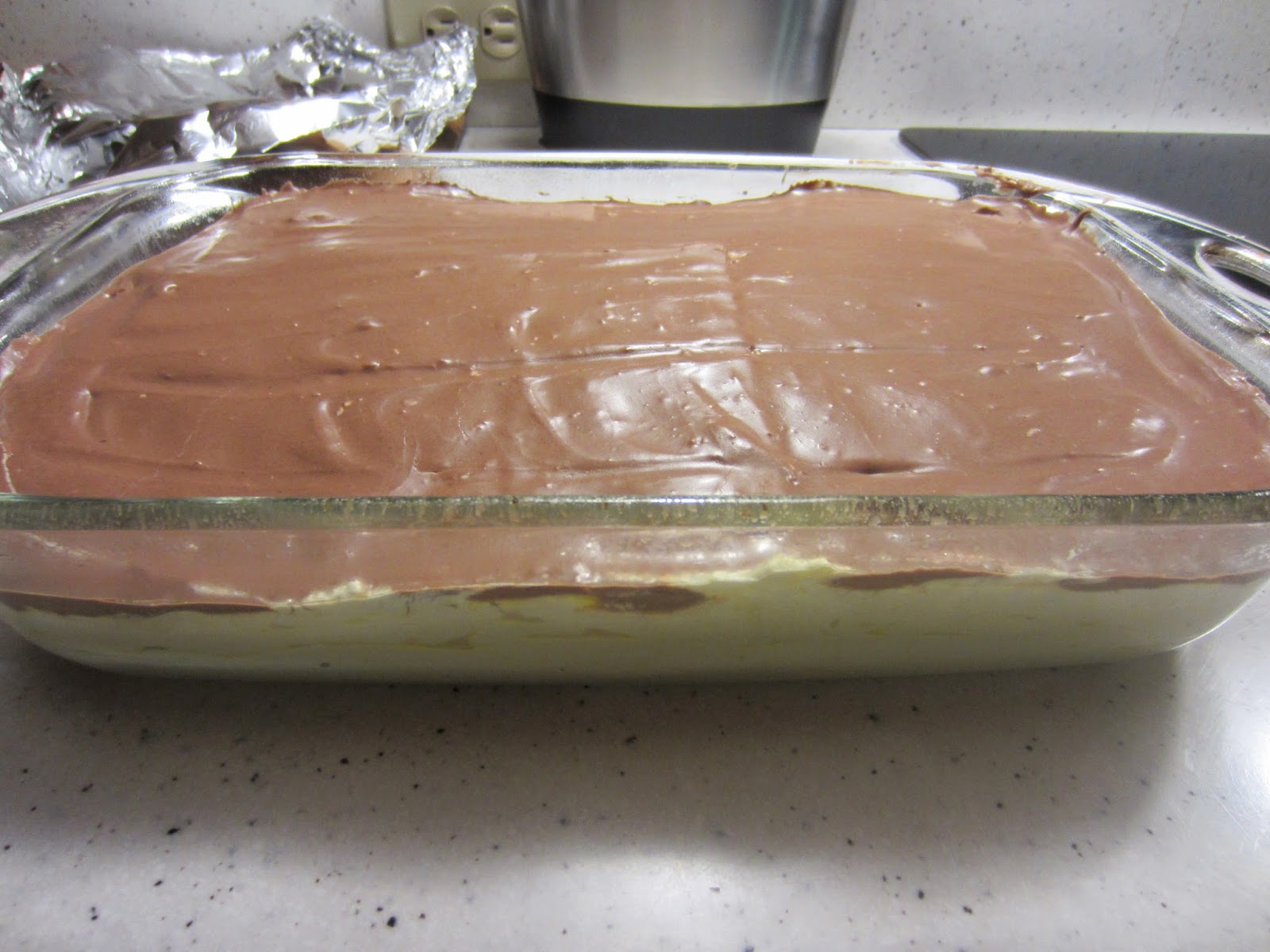 Macaroni and Cheese with Carmelized Onion 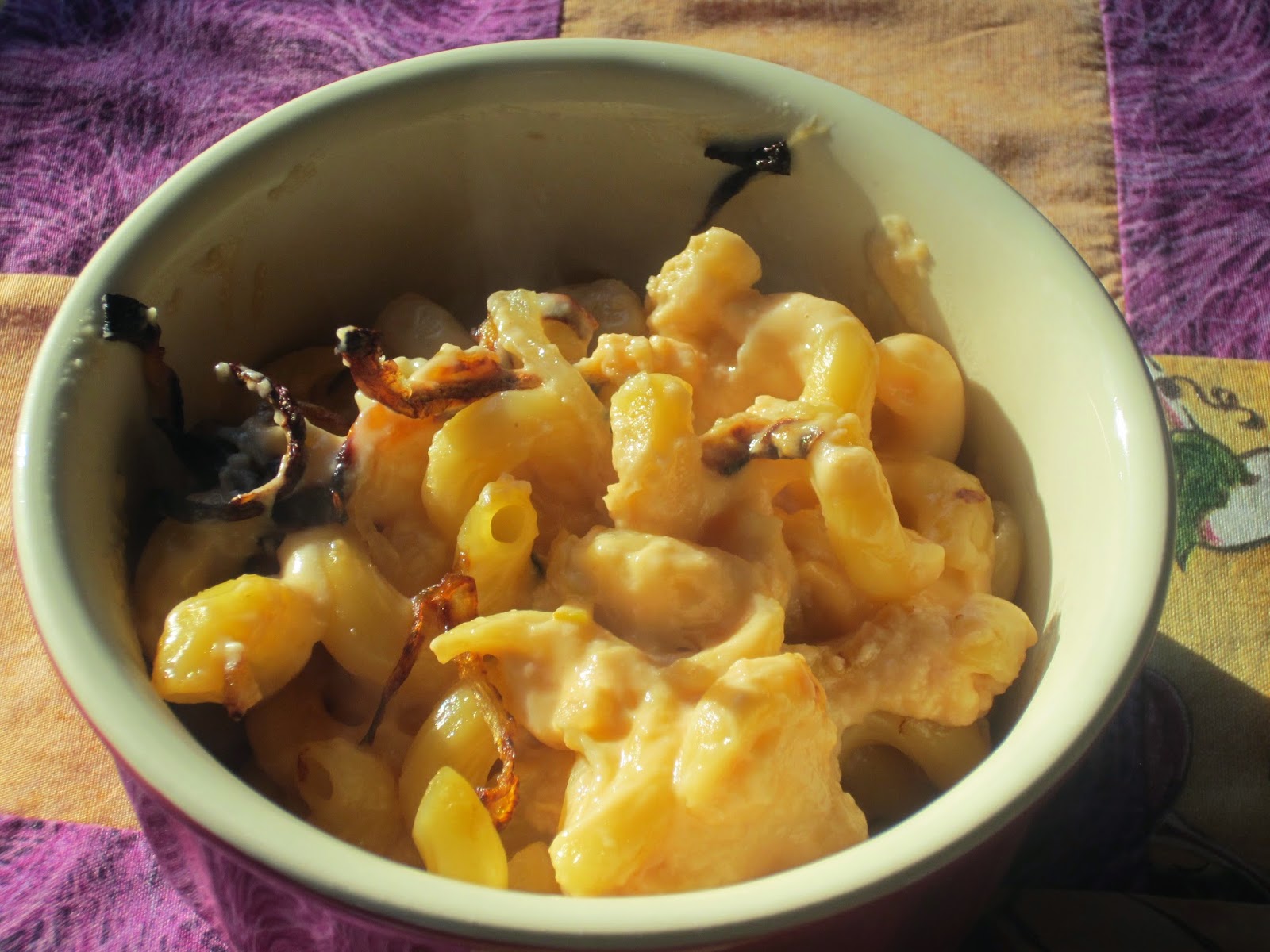 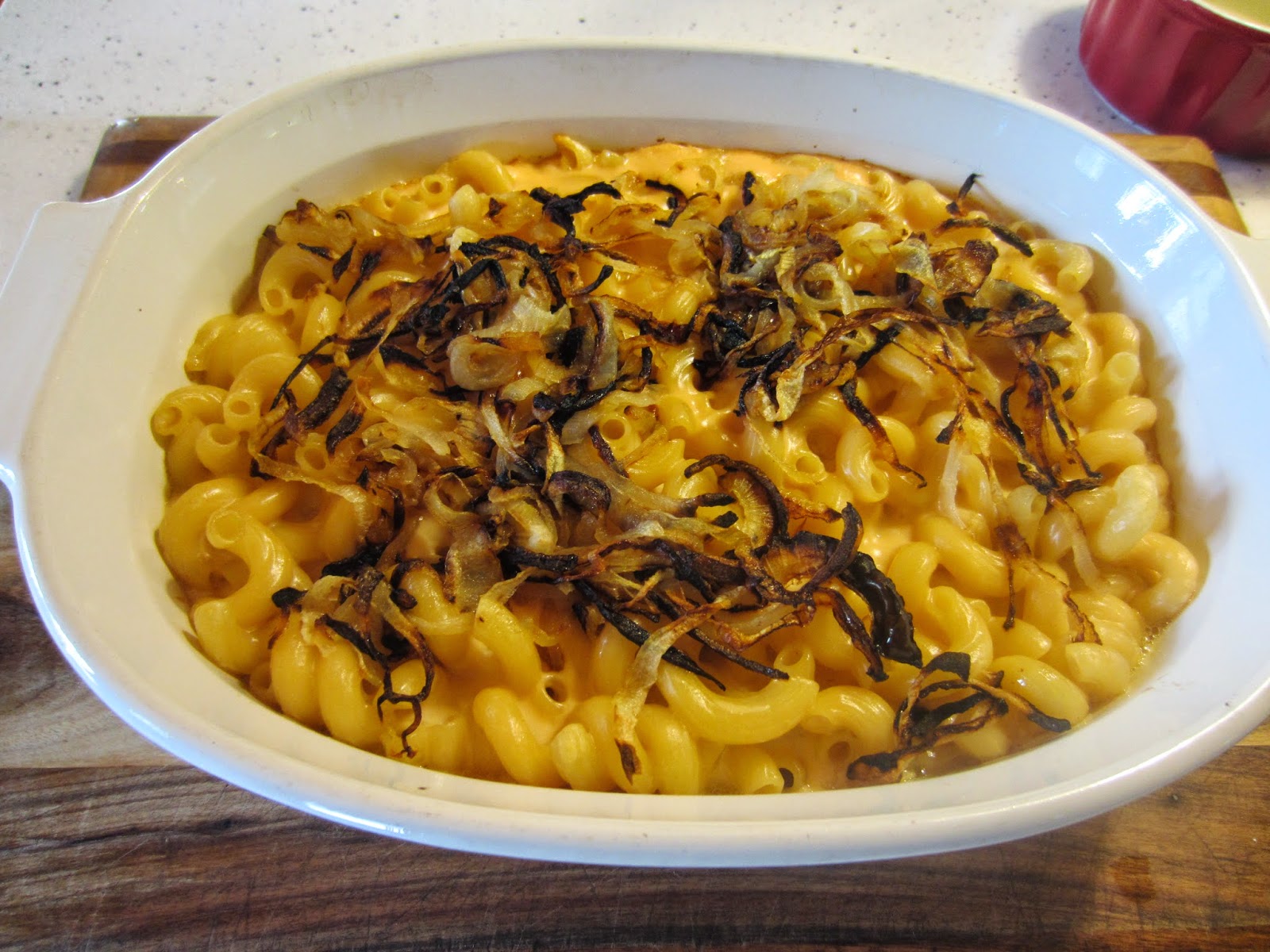 Who doesn't love rich, creamy macaroni and cheese? Unfortunately, this is typically a fat-laden, high calorie dish. Not so this Weight Watchers version, which is a hearty casserole but comes in at just 7 Point Plus per serving,

Preheat oven to 450 degrees. Spray a 7 X 11 baking dish with the nonstick spray.

Place onion on a rimmed baking sheet, sprinkle with 1/4 tsp salt and lightly spray with nonstick spray. Bake until onion is tender and lightly browned, 20 minutes. Stir once halfway through cooking.

Cook pasta according to package directions. Drain and return to pot.

Cook evaporated milk in small saucepan over low heat just until warmed, about 2 minutes. Remove from heat and whisk in egg. Stir together mustard and water in small cup until mustard is dissolved. Whisk into milk mixture.

Posted by Arlene Delloro at 7:00 AM No comments: 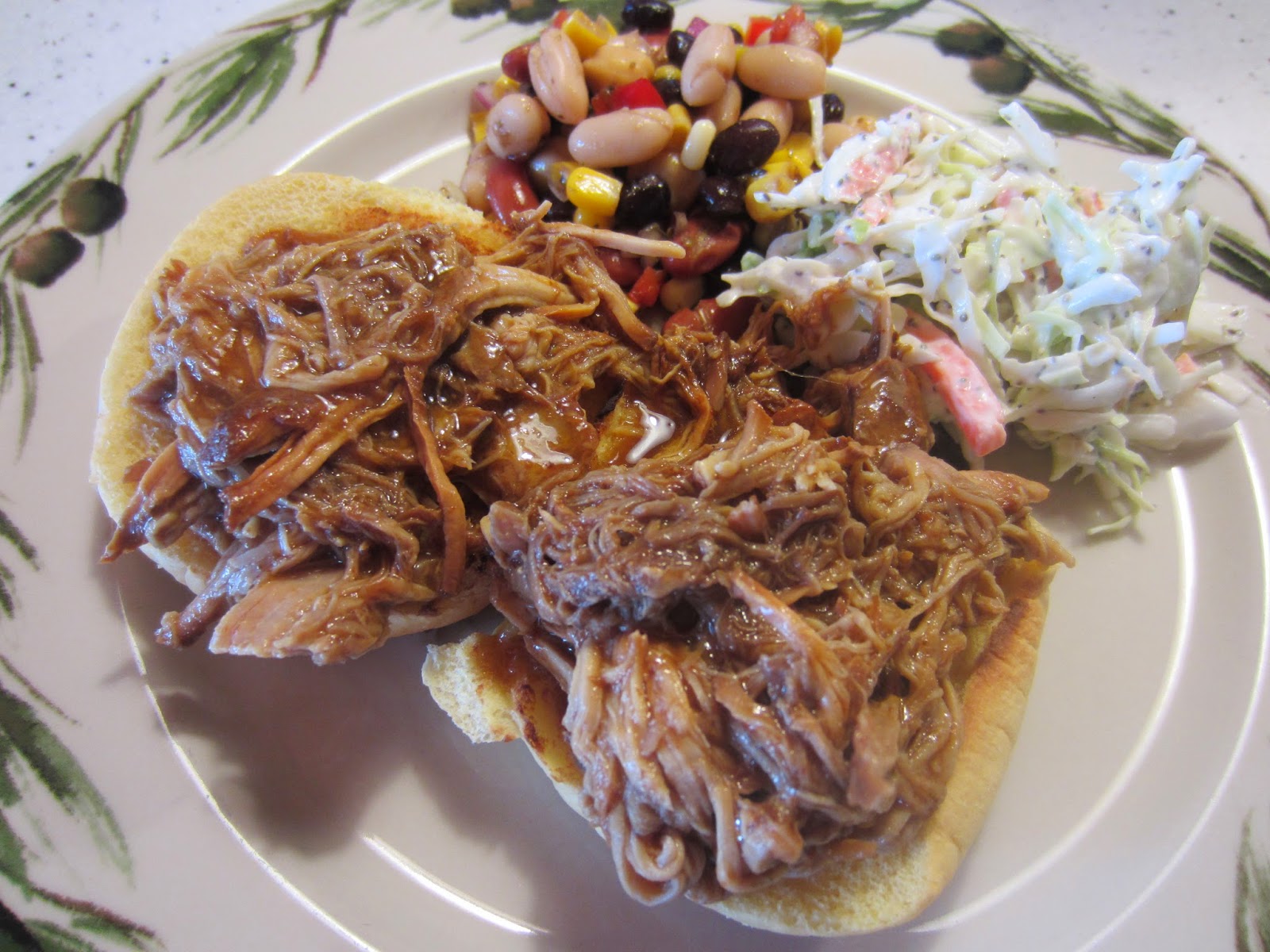 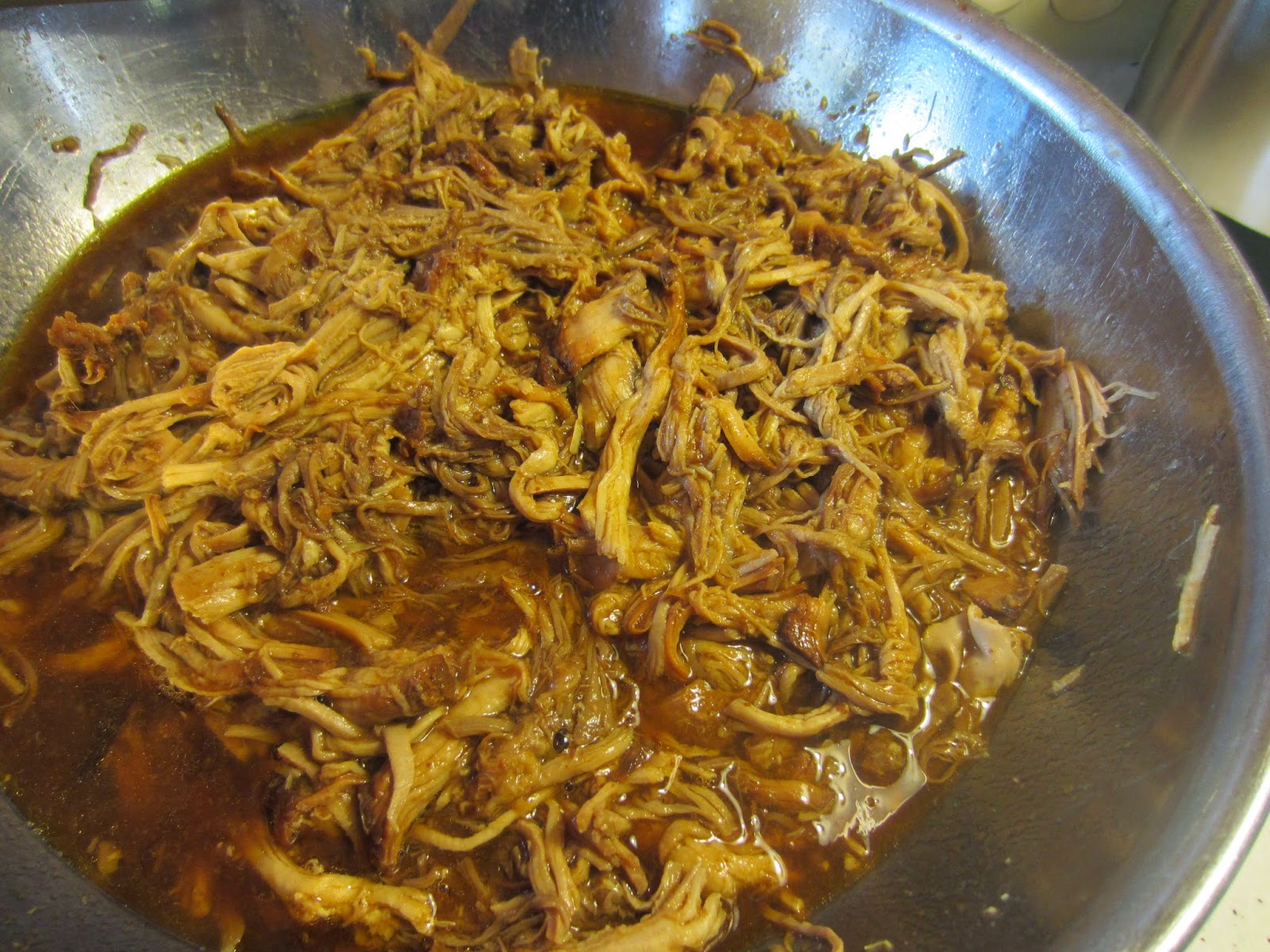 Pulled pork, BBQ pork, shredded pork--no matter what you call it, I'm in. This pork is as delicious on a bun with cole slaw and pickles as it is over cornbread or cheese grits.

The fact that it has 3 ingredients, requires no prep work, and cooks all day unattended is a bonus.

Lightly spray a 6 quart slow cooker with cooking spray. Place roast in slow cooker; pour BBQ sauce and cola over roast. Cover and cook on LOW for 8 - 10 hours. (I cooked it for 8 hours.)

Transfer pork to a cutting board and shred with two forks, removing any large pieces of fat. Skim fat from sauce and stir in shredded pork.
********************************************************
TASTE NOTES
On a toasted potato roll topped with cole slaw and pickles, I was immediately transported to summer (I wish).  There is plenty left over to be made into quesadillas before freezing some to be served with cornbread or cheesy grits some night when there's no time to cook. If you trim and skim the fat and watch portion size (and use diet cola), this pork fits into a healthy eating plan.

Posted by Arlene Delloro at 7:00 AM No comments: